The EDSAC was built in Great Britain, in the Cambridge University after the WW2.

Great Britain had developed a wide experience in computing due to their eagerness to decipher the secret Nazi codes.

For that, numerous cryptography centers were established like Bletchley Park where Ian Turing worked.

There was already an interest for these machines in the scientific community and one of the people interested was Maurice Vincent Wilkes. 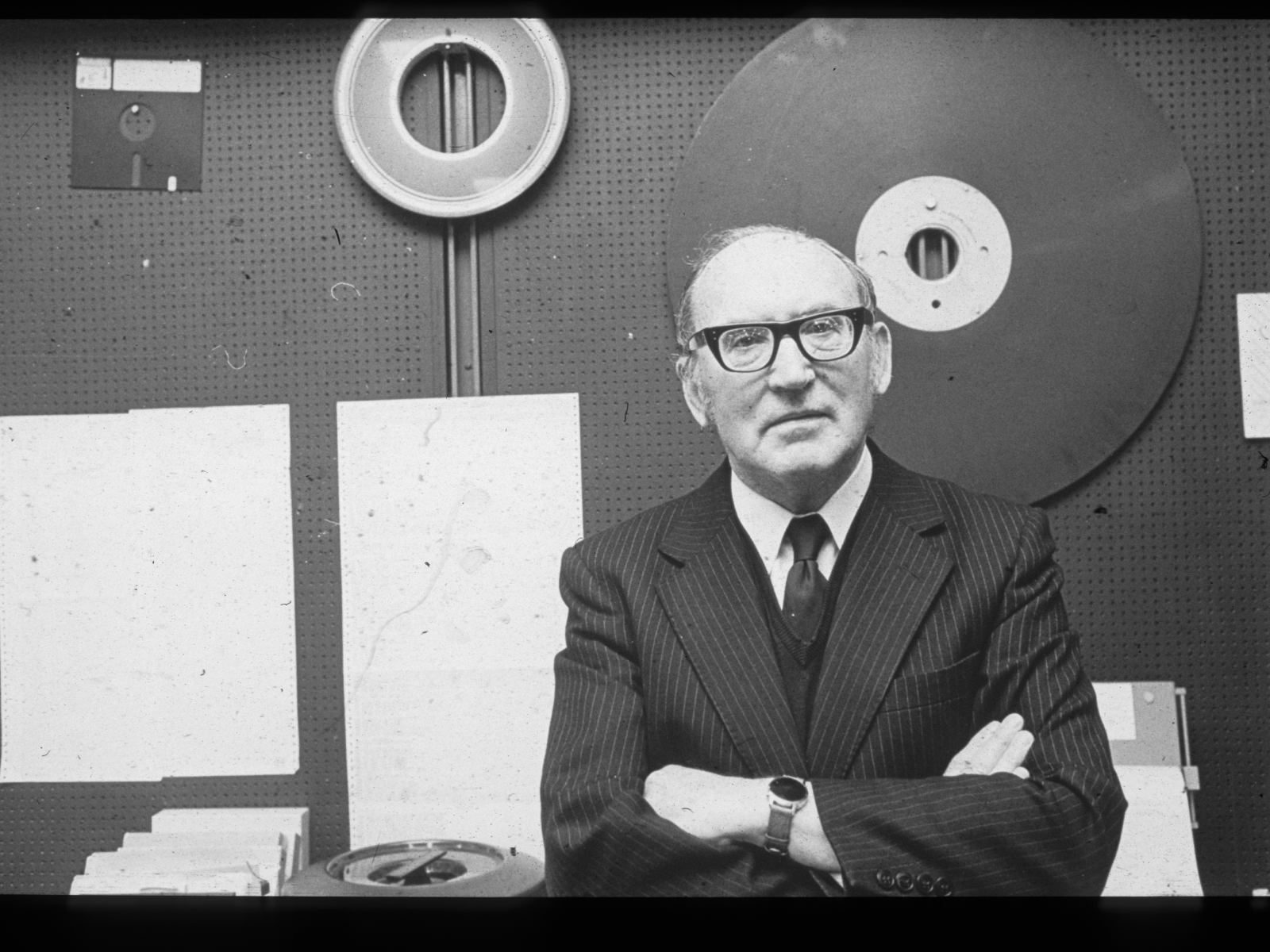 Wilkes knew that the Moore School in United States, were building an electronic computer. Such was his interest that when his friend Williams came back from a trip to that school, he gave him the “EDVAC Report” which was a report written by John Von Neumann where he described the building of such computer.

With the information of that report and the attendance to some conferences at the Moore School, Wilkes was ready to build his own electronic computer. For that, he gathered a group of people he trusted who were experts in their field. The team was formed by Wheeler, Chamberlain, Gold, among others.

The different components that formed the EDSAC were:

To control the machine, the programmer had a control panel with the following buttons:

The computer was already built and it worked like this.

The EDSAC as a computer for the scientific community had some programs focused on this field. The programs made root calculus, prime numbers, the square of a number...

If you do not like the following programs there is no problem, we can make the programs we want.

First of all, we have to know the instructions that the EDSAC uses:

And where do I start?

Buying an EDSAC today can be difficult and expensive so it is better to use a simulator.

Lucky us we have an EDSAC simulator we can download. Moreover, there is a complete manual that it will be of great help to start.

The programs are loaded in the simulator like every other text so we do not need any special editor. Besides, it has a control panel, a CTR where we can see the main memory and registers that will be useful.

A part from tic-tac-toe, in the same page where we downloaded the simulator, within the programs sections there are some programs which will be useful to analyze its code and to understand the functioning of the EDSAC:

If computers nowadays have an impact in our lives, could you imagine what the EDSAC was like at that time? Here there are some testimonies.

EDSAC Replica project is made with the goal set in building a functional EDSAC replica and execute programs like it was made in 1949.

It will be built and kept in The National Museum of Computing in Bletchley Park which is an iconic place for computing in Britain. In that place, people worked trying to decipher Nazis codes during WW2.

There replica will be open to the public. It is meant to be operative in 2015.