In times when it is difficult to distinguish between the good ones and the bad ones, we bring to the “Film Series – Museum of Computing” four films about four controversial personalities who have revolutionized the world of computers. Some believe these figures are visionaries that have improved society and others tend to think they are fanatics and obsessed who are just looking for their own glory. The fact is that they do not go unnoticed. They all knew how to use the computer technology of that moment for their interests. In order to decide if those interests are ethic or not, you will have to watch the film with us.

The Museum of Computing invites you to know more details about the life of:

The feature films will be projected at Salón de Actos of the Escuela Técnica Superior de Ingeniería Informática (1E building) at 16:30h. Each session consists of a presentation of the film and its relation with informatics, the projection in itself and the pooling once it has finalized. During the pooling you will able to tell us if you have met a hero or a villain. 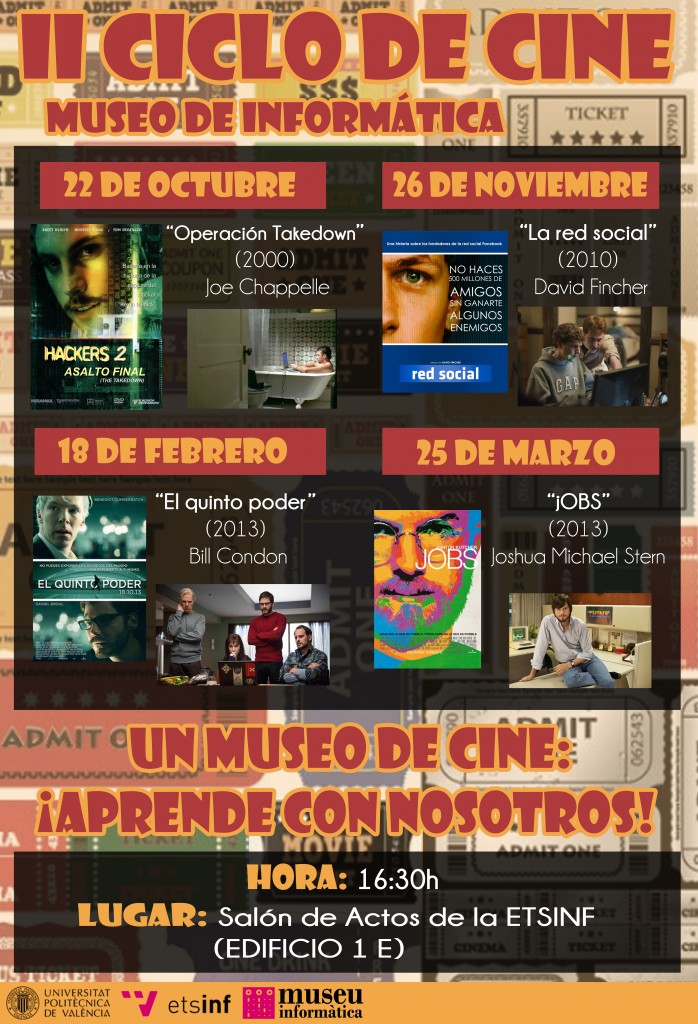